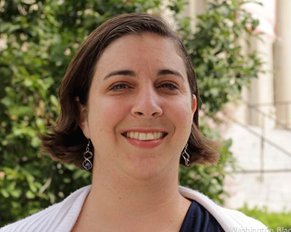 Rav Laurie is honored to serve as both Kehila’s Spiritual Leader and its Education Director. She is passionate about social justice, radical hospitality, community building and pastoral care. Rav Laurie comes to us from Congregation Bet Mishpachah in Washington, D.C., having previously served as the Associate Rabbi at Temple Beth Zion in Buffalo, NY, and the first ordained rabbi at Aspen Jewish Congregation.

With over twenty years as a Jewish educator, Rav Laurie has extensive experience in supplemental schools, camps, youth movements, service learning, community organizing, and curriculum development. She completed her Clinical Pastoral Education at NY Presbyterian Hospital and her community organizing training as a fellow with Jewish Funds for Justice. She was a Trustee of Jewish Family Service in Western New York, a 2016 Global Justice Fellow, and is a graduate of the Rabbinic Leadership Program at the Institute for Jewish Spirituality.

She and her wife, Mira, have two children, August and Solveig. The Rabbi’s entire family is at home within our special Kehila. 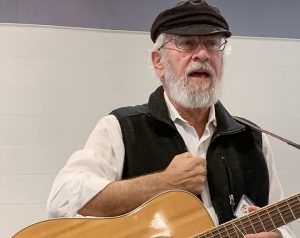 Rabbi David Shneyer (Reb David) is among the founders of Kehila Chadasha and has served the community for more than four decades. Reb David studied at the Jewish Theological Seminary and in Israel, earning degrees in Judaic studies from Rutgers University and Baltimore Hebrew College. He received his “semicha” ordination from the Aleph Seminary, founded by Rabbi Zalman Schachter-Shlomi.

The past president of Ohalah, the Rabbinic Association of Jewish Renewal Rabbis, Reb David is also an accomplished musician, founding and leading the Fabrangen Fiddlers. The founder and director of Am Kolel Jewish Renewal Community and Sanctuary Retreat Center, he also helped found Jews United for Justice. Reb David is active in the Chesapeake Climate Action Network, T’ruah and other social justice organizations.

Reb David and his wife, Diane Jacobstein, live in Rockville and they have two sons, Aaron and Dani. Dani lives and studies in near Jerusalem and Aaron and Lula and their children, Nahuel and Lev live in D.C.

We provide guidance, resources and officiation to our members and their loved ones for all life cycle events.

Britot: We perform baby-naming ceremonies for boys and girls. For boys, we offer recommendations and advice regarding ritual circumcision.

Bar and Bat Mitzvah: We offer counseling, training, guidance and help in planning the service and in serving as an officiate.

Weddings: We counsel and help couples design their marriage ceremonies. We officiate at interfaith marriages and same-sex marriages. We also provide counseling and resources for creating a Jewish home.

Conversion: For individuals interested in embracing Judaism we provide guidance, mentoring, and planning the conversion day.

End of Life: We offer pastoral counseling and visits to those in need.

Funerals: We are a member of the Jewish Funeral Practices Committee of Greater Washington. We offer counseling and officiating at funerals and during the shiva period.